Technically, this article should be entitled “Six HUNDRED Killer Reasons Why Elves Suck Big Time” — but much as I love to loathe elves, I don’t have an entire near-immortal lifetime to waste on dissing their collective ass.

So I will limit myself to 6 killer reasons.

Burn these bullet points into your brains, fellow dwarves.

Tattoo them onto your hearts, emblazon them on your finest battle shields, bawl them aggressively as you sup barrels of ale deep below ground … for they be the TRUTH!

Pointy Ears are NOT a FEATURE

Let’s be clear — pointy ears as a default genetic reality are not a feature.

For pointy ears to have real meaning, they must be the result of partial severing from the skull in mortal combat with beasts such as ogres, trolls and giants.

My cousin Dorrin is one such PROPERLY REMARKABLE pointy ear-haver.

In the battle of Donque’s Knob, he famously lost half an ear defending the Wellweird Gnomes against hordes of rampaging goblins intent on world destruction.

This heroic deed alone guaranteed that a single semi-ear passed into the annals of dwarven legend forevermore — not to mention breaking the record for the furthest distance travelled at speed by the anatomical part of a creature under five feet tall and nearly twice as wide.

Elves, on the other hand, regard their ludicrously ubiquitous pointy ears as a source of eternal wonderment that no creature is permitted to ignore, let alone refuse to revere.

Worse still, they combine these monstrosities with impossibly exotic hairstyles which would totally obscure the ears of any other humanoid — yet because they are elves, even when 99.9% of their total ear mass is engulfed by their preposterous locks, they insist on making a show of the point.

Is this sufficient provocation for me to want VERY MUCH to punch all elves in the face on sight?

Why, yes — but there are 5 other killer reasons also.

This page contains a number of Affiliate Marketing Offers.  These are the pretty looking ads you see interspersed throughout this insightful & entertaining article.  Please note that said attractive banners constitute affiliate marketing links which means that MMO Dwarf may receive a small commission for alerting you to the cool offers on display in the event that you should take them up and run with them. It’s the best way I know to keep the Aethelwaft Library well stocked with learned tomes that most of my Clan are too lazy ever to read. If you need more details about how MMO Dwarf’s affiliate marketing arrangements work, go HERE. Otherwise, read on …

The whole point about ballads is that you gather round the fire to sing them (while supping copious amounts of hearty beer or mead) — and then you fall asleep for the night.

This is an impossible feat for anyone to achieve when

1) A single ballad can go on for months at a time.

3) All songs must be delivered in soprano, falsetto, castrati or uber-eunuch wargspooker voices.

4) Every ballad’s subject matter is exclusively related to archery, fabricated history bordering on lies — or shampoo.

I’ve known the stoutest hearts and the steadiest axe hands lose entire beards trying to sleep a single night through this wretched din.

Over-fanciful lute accompaniment only makes things worse — especially when the fey devils insist on using their wretched ears as plectrums to annoy us.

Dwarves demand only the finest and heaviest ROCK — meaning proper guitars and gutsy vocals with a premium on gravelly textures and guaranteed tunelessness.

We do not like barely concealed arty farty warbling, THANK YOU. 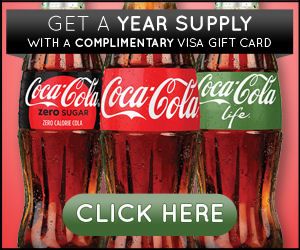 Better still, elves can switch these magical effects off in an instant, like they’d never even happened.

Granted, elves can make themselves invisible — which I grudgingly acknowledge can come in moderately useful on rare occasions, like when you need to flee from a giant’s cave with a sackful of treasure slung over your back — but ultimately such parlour games are the only concession elves make to the dwarven community.

So please, elves, feel free to become invisible all the time, so we don’t have to spend our days retching in response to your unappealing flared apparel, your concepte nouveau hairdos — and your stupid, stupid, stupid pointy ears.

And if you must cast other spells, please don’t imagine for a second that they have any tangible effect on anything, any time, anywhere, other than your own narcissistic delusions or crudely offensive memes circulated on OrcBook.

With a dwarven gal in tow, every dwarven hero can brave the grimmest challenge, safe in the knowledge that a loyal heart and a ready axe be forever close at hand.

Better still, half of all dwarven heroes ARE dwarven gals.

Run any heroic scenario with elven chicks instead of good, honest dwarven gals … and even before the first whiff of incoming threat descends on the assembled bravehearts, everyone has to check their breathing just in case their CLEARLY VIOLENT reflex inhalation and exhalation initiates a fatal snapped eyelash incident.

Disclaimer — MMO Dwarf recognises that all fantasy kingdoms now exist and persist in the spirit of sexual equality and diversity, and he has no desire to single out female characters for any form of targeted ridicule — which is why he gladly extends his abuse to boy elves for exactly the same reasons. In truth, boy elves are even worse than elven chicks when it comes to being perpetually useless and high maintenance to the point of inspiring terminal despair.

What is so otherworldly about elves?

Otherworldly suggests the existence of a mysterious, faraway world from which elves occasionally venture to look in on HERE from time to time — whichever fantasy wonderland HERE may be.

Invisible, secretive and elusive, the Impossibly Fey tippy-toe around HERE’s deepest undergrowth like whispers — fleetingly, so fleetingly — until they are gone.

So why is it that every fantasy world under the Sun throbs with elves?

Don’t those fools know that being otherworldly means they’re not supposed to be here?

Next time a single elf complains about the lumps of wild boar gristle in our finest Dwarven mead or harasses humans for being multi-talented despite zero adjustments to their basic character attributes, perhaps we should remind said obnoxious invader about their beloved Other World and invite them to consider how eternally grateful we would all be if they didst bugger off back there immediately.

There Is No Such Thing as a “Dark Elf”

Hiding away deep below the ground, these twisted and evil variations on a theme of plain irritating plot and scheme to overthrow all surface dwellers with their combination of everything regular elves possess in abundance and swimming pools overflowing with liquid mascara.

If you don’t believe this is all it takes to spawn a so-called “Dark Elf”, and prefer instead to collude with the fanciful game designer guys in their view that Dark Elves are special in any way beyond being mere frauds, here’s how easy it is for a regular elf to assume the mantle of … Underworld Darknessborn.

These deluded wretches will complain till they’re blue in the face about how their underground mushroom colonies aren’t in fact forests and the presence of multiple apostrophes and quadruple Zs in their names isn’t as ridiculous as overuse of the letter Y in most traditional elven nomenclature, but there’s no getting away from the essential FACTS.

Dark elves are simply regular elves in fancier fancy dress than usual whose only truly redeeming feature is to overplay their introverted narcissist card more up front than their surface dweller cousins so they can inhabit the higher levels of MMO encounters with barely concealed smugness.

I really could go on forever with this, but like I said in my introduction, I have more important things to do with my time than berating elves for their innate beratability on a whole range of issues from their mere existence to their devastating impact on the wider world.

It’s not that I would ever refuse to adventure with one of the useless scoundrels — for such tenacity might conceivably risk Total Fantasy World Destruction if the bad guys required the good guys to tool up with every available resource — but 9,999 times out of 10,000 it’s highly likely that a NO ELVES scenario would be top of my list of priorities.

And I am not beyond a miscount after I’ve had a few pints of Owlde Knackerer.

You may have a different view, and in all fairness, I truly understand your plight.

Even though I actually don’t.

The best way to assess the unbiased truth about thoroughly irritating elves is to sample a new game where they either dominate or run amok.

Then you’ll see why my 6 Killer Reasons Why Elves Suck Big Time are the truth!

In the mean time, Happy Gaming!

If you’ve enjoyed discovering the unpalatable truth about elves, you may be interested in other articles MMO Dwarf has written with a view to bringing his trusty battleaxe to bear on matters of great import such that MAXIMUM BLOODSHED aboundeth.

6 Sucky Quests You WON’T EVER WANT TO PLAY

The Only NeverWinter Online Review You’ll Ever Need