THE ONLY NEVERWINTER ONLINE REVIEW YOU'LL EVER NEED

This is only a TRAILER like you see at the movies

and you’re eating your nachos before the lights go dim

while 150 seconds of RomCom slush

compels you to shout I WANT IRON MAN AND THE INCREDIBLE HULK!!!

that the ticket gal tries to throw you out of the cinema.

ie something specifically related to

rather than musical apparel for your kitten

in exchange for a once-in-a-lifetime opportunity

to win two minutes in a bathtub full of strawberry yoghurt

with Harry Styles dressed in a luminous wetsuit.

There’s only ONE KILLER THING you need to know about NeverWinter Online.

And it packs a punch to knock even the mightiest and ugliest Uruk-Hai the **** off its snarling warg mount.

But before anyone accuses MMO Dwarf of not being able to count because hey you stupid dwarf you just listed THREE KILLER THINGS about NeverWinter Online when you literally inferred you were gonna list ONE thing … which technically isn’t a list, it’s an item yadda yadda yadda blah blah blah, I wish to be clear from the outset about How Thinges Work around here at MMODwarf.com …

1) Of course I can count — I’m a dwarf. How on earth do you imagine it’s possible for dwarves to be so cheesed off when they discover their obsessively guarded gold coin hoard is one coin short if they can’t even count up to one? I merely wrote out that opening paragraph for dramatic effect.

2) Who are you calling stupid? Haven’t you heard MMO Dwarf is battle-hardened warrior of some considerable renown whose mighty axe is feared by even the incorporeal and invincible?

The point I wish to make is that NeverWinter Online has everything.

And that’s because Dungeons & Dragons has everything.

D&D dropped out of gaming heaven in the late 70s — way back when computers had less processing power than the average burger bap — and this grandaddy of interactive adventure gaming magic has stomped home as a surefire fantasy rpg winner ever since.

Without Dungeons & Dragons, so many of today’s gaming successes simply wouldn’t exist.

No World of Warcraft, no Skyrim, no Spyro the Dragon (possibly).

NeverWinter Online (ta-daaaa!) draws extensively on D&D’s classic heritage, and throws in even more totally brilliant stuff we love about gaming — including the exquisite yowls of pleasure screamed into the night at 4am in the morning after a hugely successful Boss Takedown Mission with all the beer & pizza trimmings.

Put simply, NeverWinter Online dishes up all the character classes you love, all the dungeon and wilderness encounters you need, all the foulest beasts and fiends from every monster menagerie out there — and it rolls every last one of these killer features into a MMORPG gaming ROMP that blends stunning graphics, intuitive gameplay and full-on immersive action like a two ton ogre with a club as big as an elephant blends BRAINS. 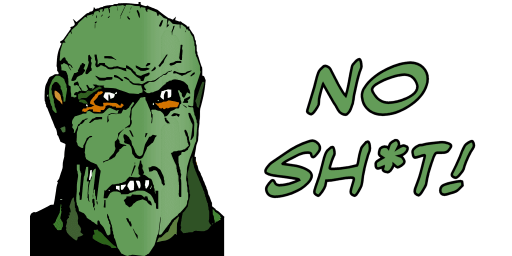 But like I said right at the start, my comprehensive NeverWinter Online review is COMING SOON.

This MMORPG article is merely a trailer.

My work in the mines is not yet fully complete, and for the time being, your insatiable desire for mortal combat in a fantasy universe populated by ferocious beasts intent on your destruction must wait its turn behind the far less exciting quest they call

a soul-crushing nightmare scenario you’re almost guaranteed to brush aside without a hitch.

you’re one of those people

who simply can’t handle that kind of anxiety.

In which case — it’s essential that we get you up and playing NeverWinter Online at the earliest available opportunity.

That way, you can cut out the loser middleman review and assess the game from your own unique vantage point and experience.

Hands-on, right from the word GO — that’s the way to throw yourself into immersive MMORPG adventures!

Nothing beats getting straight into the action — and playing NeverWinter Online is the ultimate MMORPG experience.

Dropping deep into NeverWinter Online’s immersive action is easy. Just click on the attractive link above and prepare to discover the ultimate MMORPG CLASSIC. Please note that said attractive link constitutes an affiliate marketing link which means that MMO Dwarf may receive a small commission for alerting you to this MMORPG offer in the event that you should take it up and run with it. It’s the best way I know to keep my merry band of dwarves well stocked with dice and cards to entertain them through the dark and miserable winter months, and as a bonus, my small commission helps with the upkeep of this website. If you need more details about how MMO Dwarf’s affiliate marketing arrangements work, go HERE. Otherwise … prepare to rock out with classic MMORPG adventuring that got the whole fantasy RPG ballgame started …

If you’ve enjoyed discovering how easily you could be playing NeverWinter Online — despite this NeverWinter Online Review being a mere trailer — you may be interested in other articles MMO Dwarf has written with a view to bringing his trusty battleaxe to bear on matters of great import such that MAXIMUM BLOODSHED aboundeth.

6 Killer Sucky Quests You WON’T EVER WANT TO PLAY